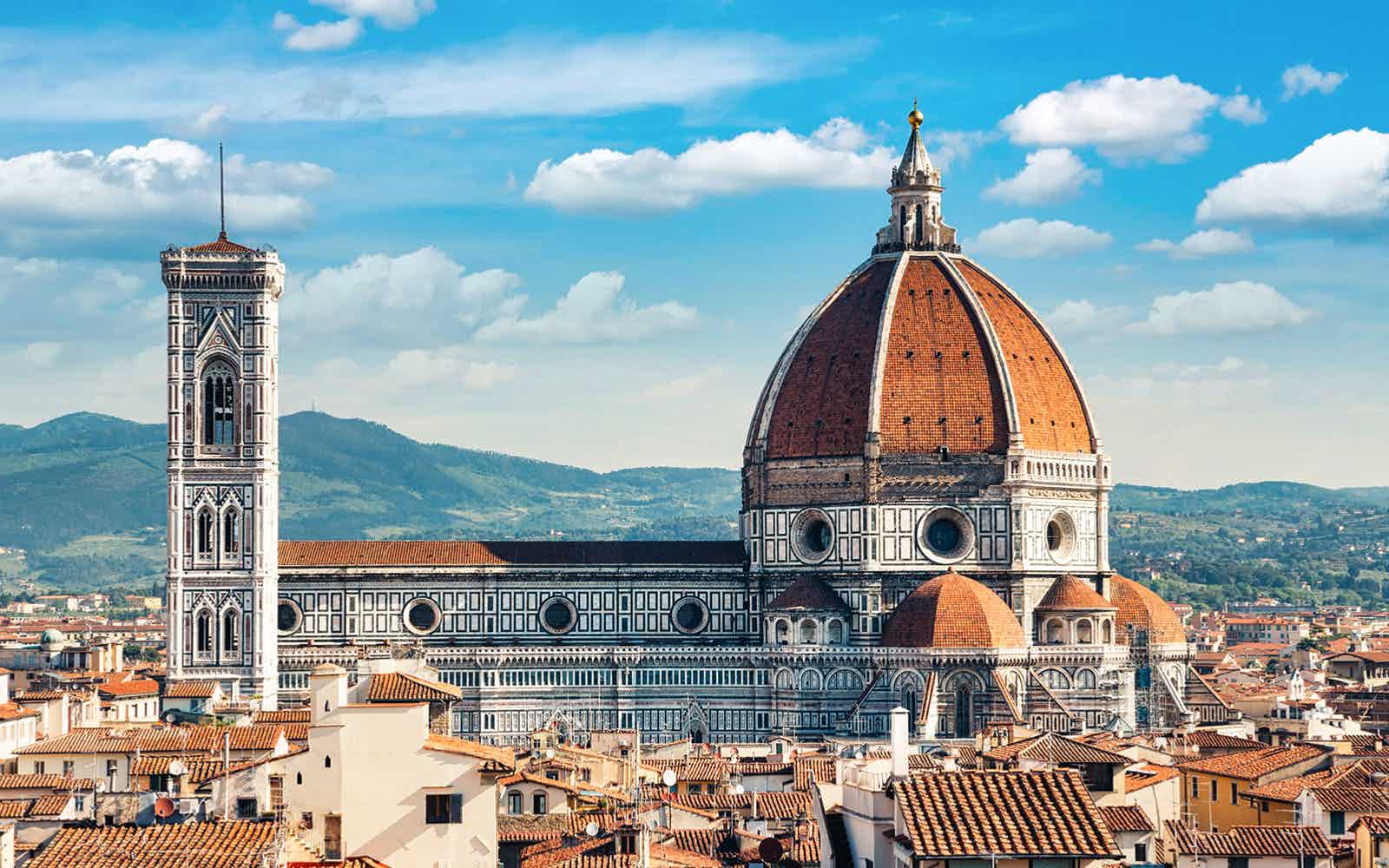 History of the Duomo Florence

The most popular attraction in Florence, the Duomo is not only an architectural marvel, but is also the ideal attraction for history and art enthusiasts. The cathedral, which was built on the site of the 7th century church of Santa Reparata, is named in honour of Santa Maria del Fiore. Although the construction of the cathedral began in the 13th century, it was completed in the 15th century with the addition of Filippo Brunelleschi’s iconic Renaissance dome.

The Florence Cathedral that we see today is a culmination of artistic imaginations of many great artists and architects. Arnolfo di Cambio submitted the design for the Cathedral in the year 1296, and its construction began under the supervision of Francesco Talenti. The Church was consecrated by Pope Eugene IV in 1436 after the completion of the Dome, designed by Filippo Brunelleschi.

Today the cathedral draws crowds from all around the world and no visit to Florence is complete without making a pilgrimage to the Duomo. Designated a UNESCO World Heritage Site in 1982, the Duomo is also the 4th largest cathedral in all of Europe. Towering above the city, the Duomo is not only an iconic symbol of the city, it is also recognised as one of the most important churches in all of Christianity and one of the most exemplary works of Renaissance and Italian Gothic architecture.

The Duomo cathedral today contains nearly 1,000 works of art. The largest artwork housed inside this cathedral till date is Giorgio Vascari’s Last Judgement (1572). Other famous works of art at the Florence Duomo include Dante Before the City of Florence by Domenico di Michelino, Funerary Monument to Sir John Hawkwood by Paolo Uccello, Equestrian statue of Niccolò da Tolentino by Andrea del Castagno and Busts of Giotto (by Benedetto da Maiano), Brunelleschi (by Buggiano – 1447), Marsilio Ficino, and Antonio Squarcialupi among others.

The Duomo is also home to 44 glass painted windows and it is no surprise that tourists today from all over the world drop by to admire its interiors. At the time of their addition, the stained glass windows of the Duomo was the largest undertaking of its kind in Italy.

Today, the Duomo of Florence is a result of years of work carried over centuries of history. However, it was only after the 19th century that the cathedral went over changes for its exterior as well as interiors — including the construction of sacristies to the execution of sculptures and frescoes. The cathedral, the largest in Europe when it was completed in the 15th century, is 153 meters long, 90 wide at the crossing, and 90 meters high from pavement to the opening of the lantern.